Here's the video of my performance at The Burlington on July 12th. It's longer than the first performance of Go Down. I re-timed the video to give more space to the darkness before each scene (and to myself, to build sounds in that darkness). I knew more clearly what voices to program into the pedal I was using, and I was more confident in my performance. I also enlisted Krystal to help me get my all-white contact lenses in before I went on stage. (I wanted to at Brain Frame, but didn't have time.)

Ian has completed the blog entry for which I drew this Sliders comic. It's very strange, and features excellent comics from many friends and peers, so I highly recommend it. 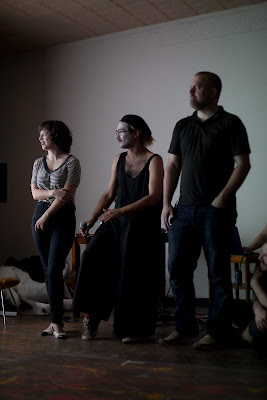 Here are some photos from Brain Trubble, the Brain Frame/Trubble Club/CAKE opening night party I helped organize in June. That's me, Ian, and Jeremy reading some comics - Ian and I did a mime section later in the night, that's why we're in makeup. 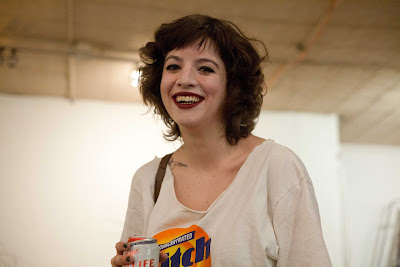 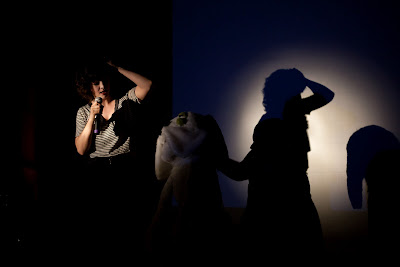 I'm talking to the Sackley puppet built by Bernie McGovern and puppeteered by Jeremy. 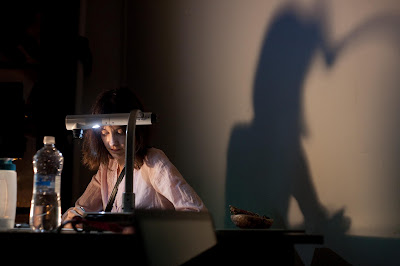 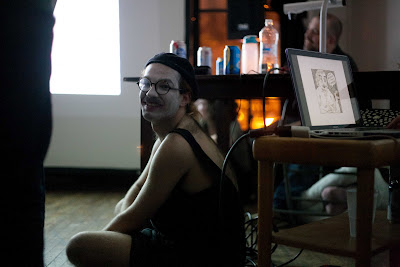 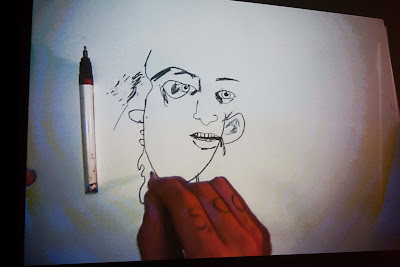 The live drawing was a new idea, and went over really well, thanks especially to improvised accompaniment by Alex Inglesian and Stephen Ptacek. This is Mike Taylor illustrating 'face eating is a problem' live. Gillian Fry took all these beautiful photos.
Posted by Lyra at 20:04 0 comments