Jenna Caravello is an animator, filmmaker, illustrator, cartoonist, distributor, supporter of the underground, and giggler-about-town. I love Jenna! We recently finished working together on the Archive Project at Kartemquin Films. I miss sitting around, decrypting bad handwriting on archaic video copy. Or posing in cardboard boxes, finding giant lightbulbs, and going home by way of the frozen custard shop, taping sundaes to our bike helmets to ride in the cold.

Anyway, the point of this post is the music video Jenna directed for neo-folk artist Ryley Walker. The shoot came directly after production wrapped for Uzi's Party. Jenna enlisted me as director of photography, in roles similar to those we adopted for her Mines music video, months before. 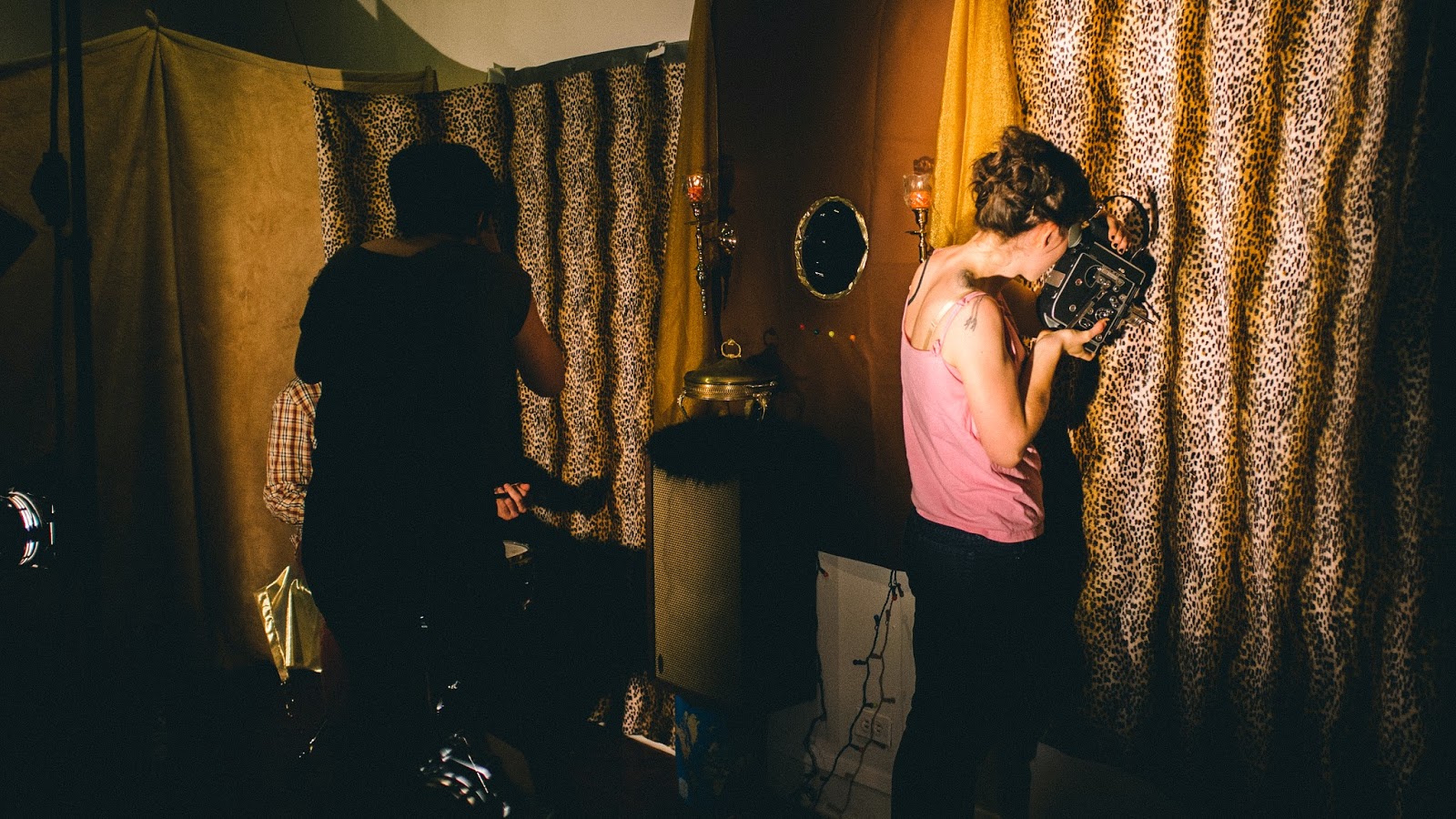 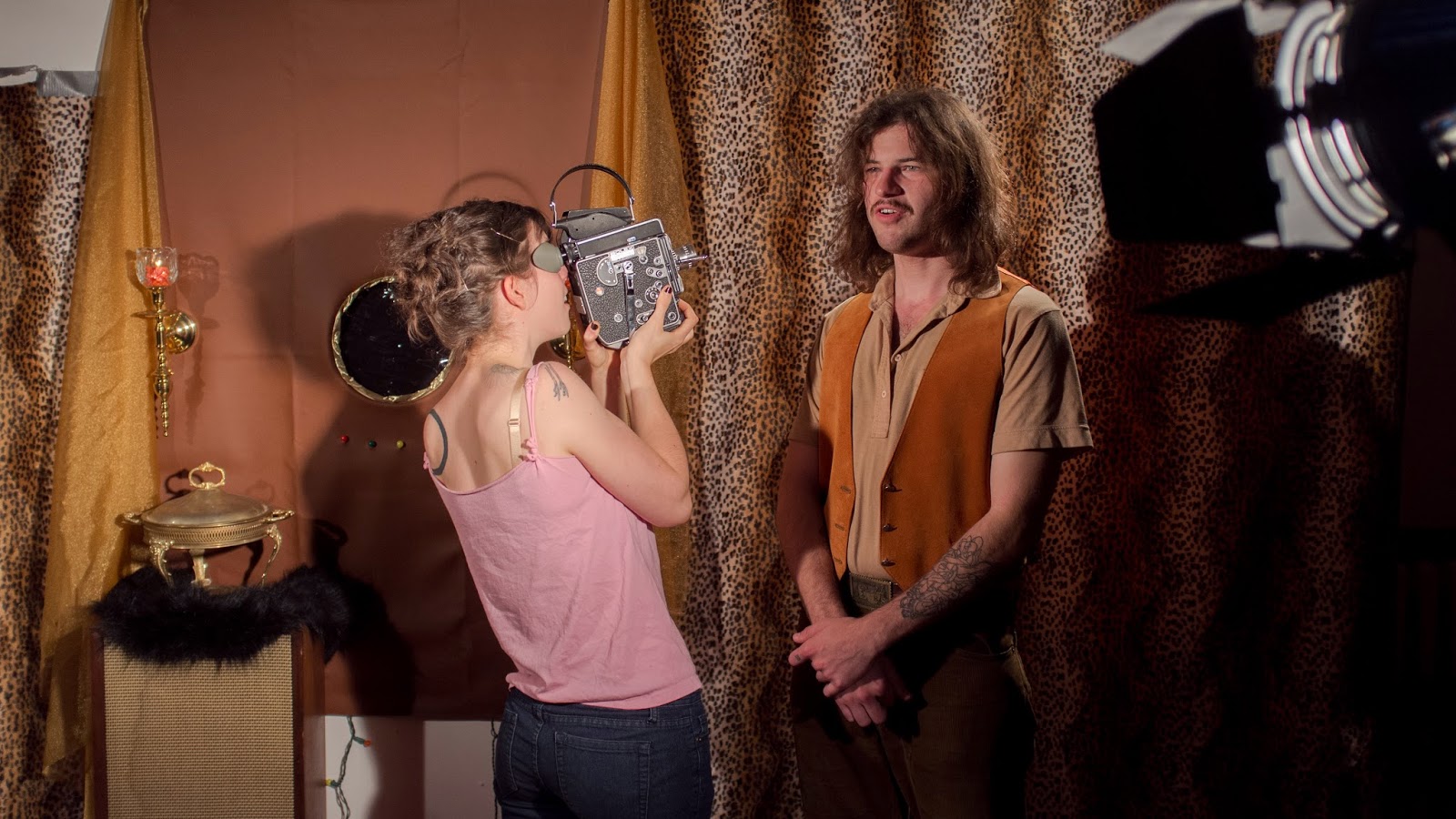 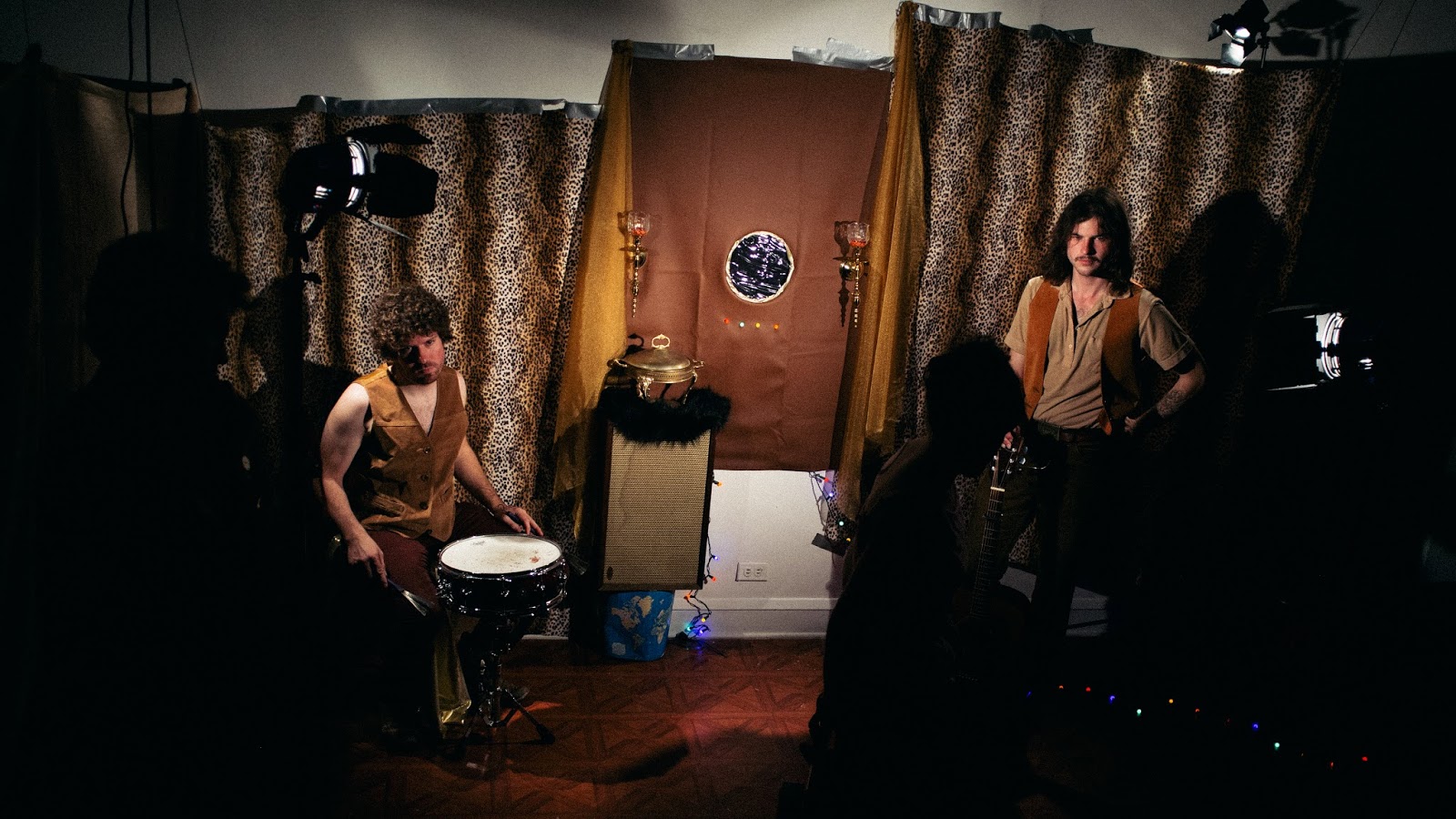 Working under a close friend can be a challenging activity. I value the opportunity to exercise those skills, especially in service to a project as beguiling as this. Jenna gets excited about video and digital effects the same way I do with film and analog effects. When we work together we each encounter our pride and bias; we each require the other's expertise. Jenna's video is stunning. I am proud to be her collaborator, and prouder to be her friend. 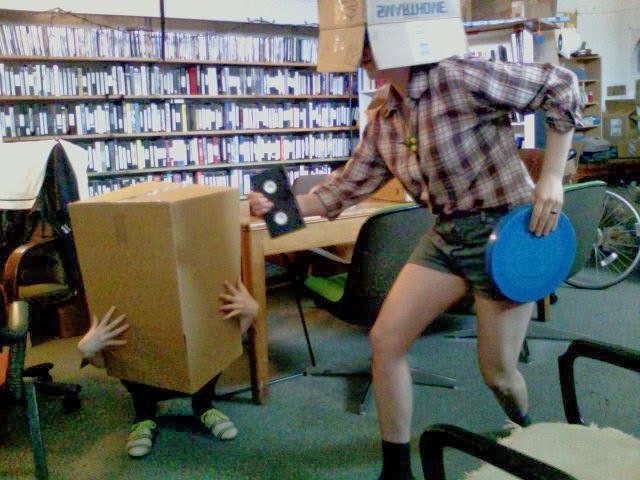 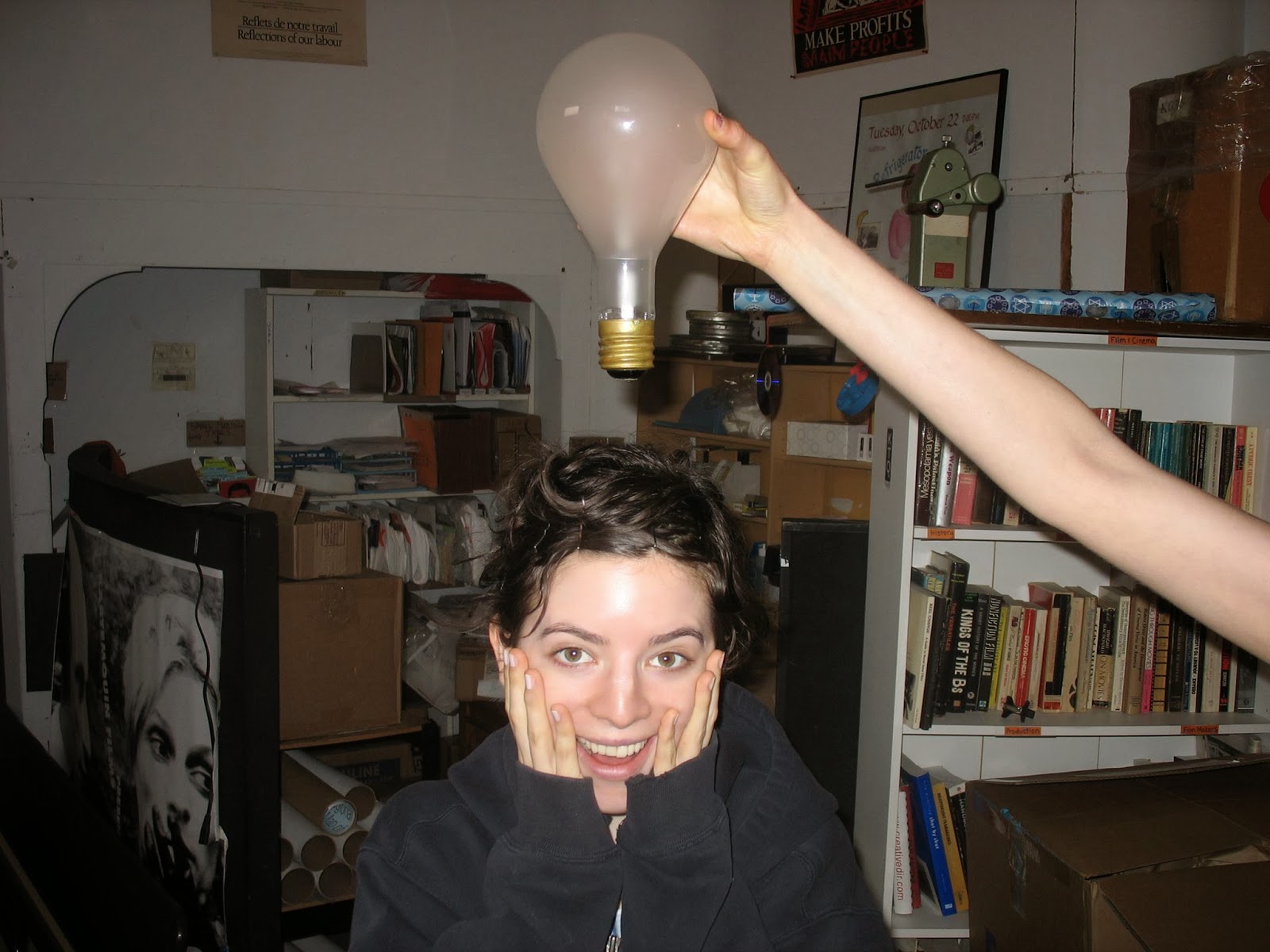 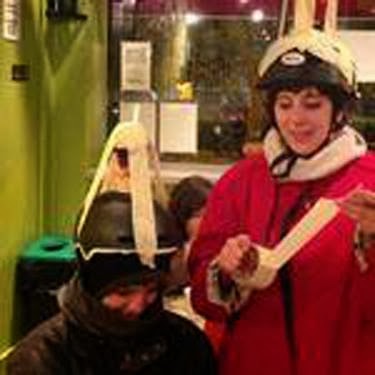 Updates on art projects have been slim here, I know. In lieu of process posts, here's an aggregate of interviews in my life of late. 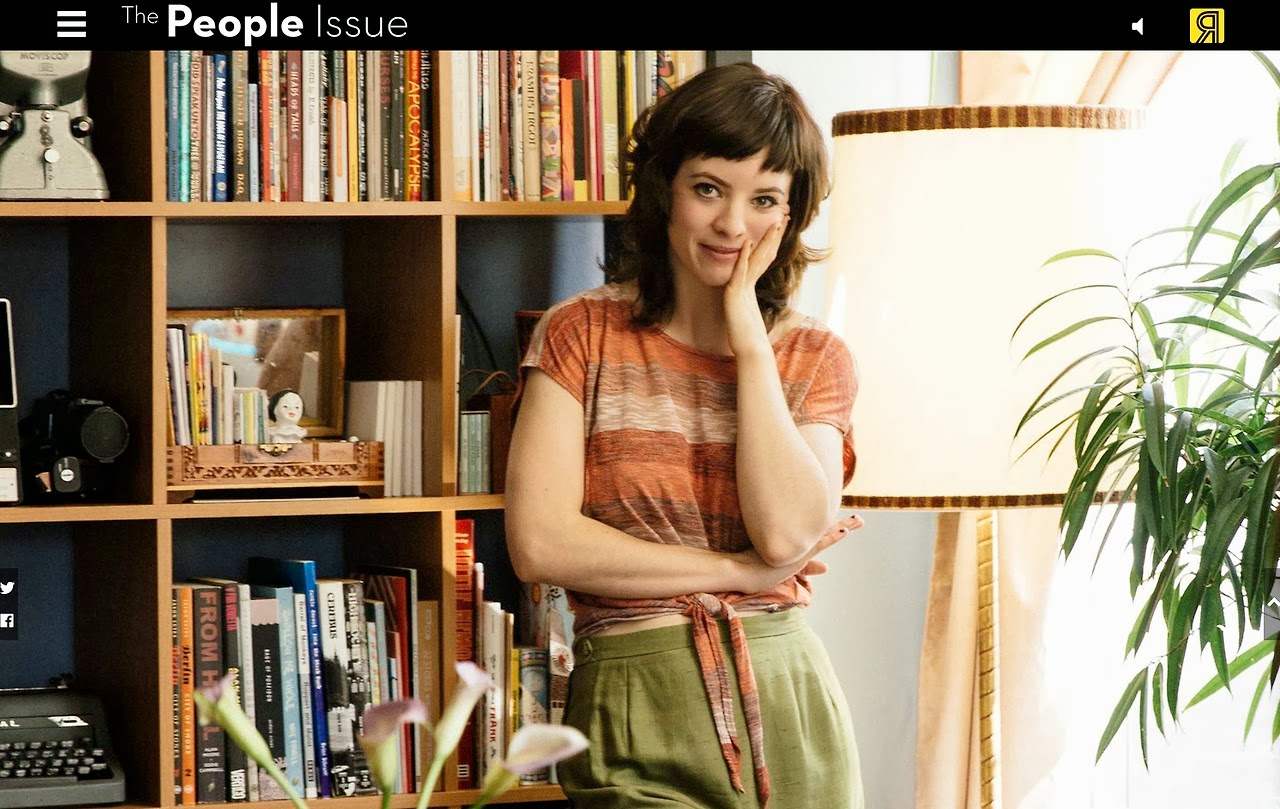 The alt-weekly newspaper that I read every week talked back to me! Peter Margasak interviewed me last fall for the Chicago Reader's People Issue. I look forward to this issue every year. It was an honor and delight to be interviewed by Peter, that magnificent critic, and to be photographed and videotaped by such talented fellows. You can see the full, fancy web-spread here.

I especially enjoy these videos, wherein I describe my collaboration for Brain Frame 13, and show off the Llama Man costume. Apparently the video editor, after working on these clips into the wee hours, suffered a rash of nightmares. Success!

This defacement by Kevin Budnik also delights. Thanks Kevin! 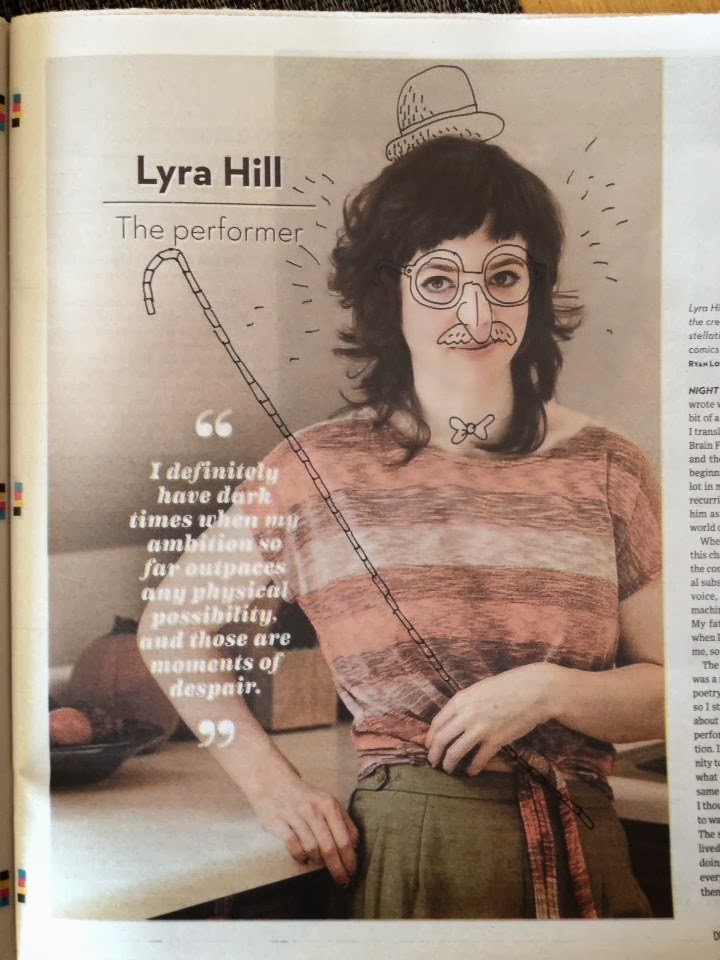 Around the same time, I sat down with Sara Drake for a comic-style interview for contemporary art criticism hub Bad At Sports. We sat in my house for a long time, eating bagels and drinking tea, passing our drawings back and forth. You can see the full interview here. 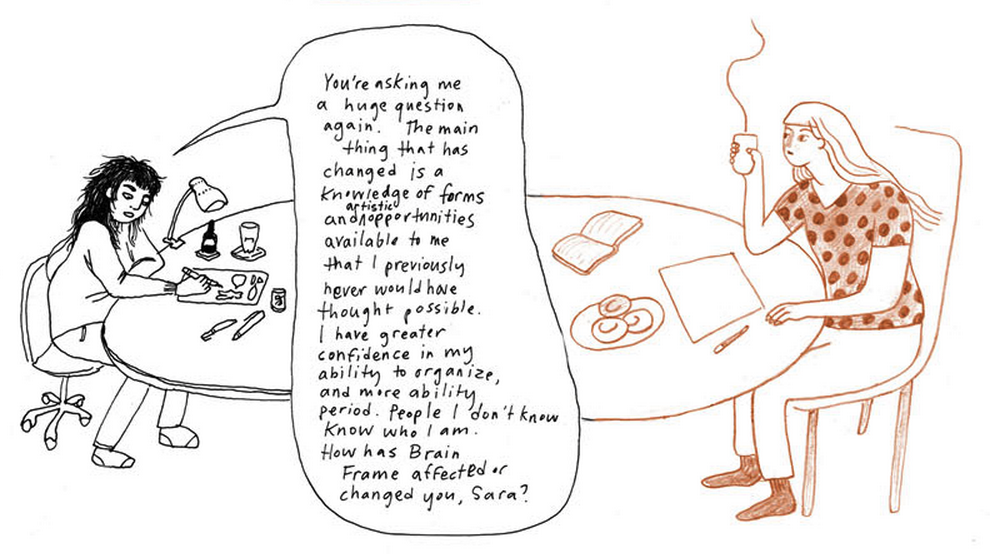 My friends Grant Reynolds and Clayton Shaul recently co-conceived the Twin Freaks podcast. Each episode offers a hearty dose of affable banter regarding a horror film director or subgenre.

In January, Clayton and Grant invited me as a special guest to talk about possession cinema, spurred by my projects Possession Scenes and Uzi's Party. We covered five films in an epic two part episode (sorry).


On the horizon: I'm organizing five Brain Frame-related events in the next two months, one of which is out of town. I'm participating in the second season of Believed Behavior, a comics-subscription online and print experiment. I'm preparing a new comic and a huge show for the last Brain Frame, our third anniversary in August. And, I just started working as the new co-Lead Artist of the Teen Creative Agency at the Museum of Contemporary Art Chicago.

Most pertinent to the subject of this post is the upcoming show BRAIN FRAME: EXPLAINED, a part of the Chicago Zine Fest's Exhibition Day. BF:E will include a 'humorous lecture about the origins and evolution of the show,' delivered by myself; three performances; and an open Q&A which may be led, in part, by my new super-teenager wards at the MCA. Details:

There are so many different things I could talk about in this 'humorous lecture.' If you have thoughts as to what you would want to hear, please share them in the comments!
Posted by Lyra at 10:30 0 comments