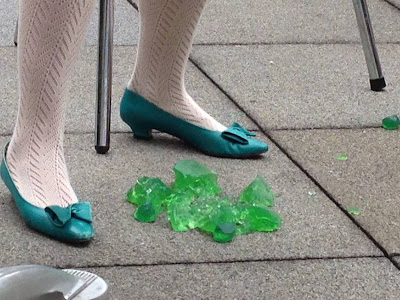 Last weekend, a lot happened. On Sunday, Brain Frame celebrated its second anniversary, Brain Frame 13, in a performance spectacular and social event. More on that later.

On Saturday, I organized the first ever Brain Frame Lit as part of Saturday Strip: Comic Day at the Museum of Contemporary Art. 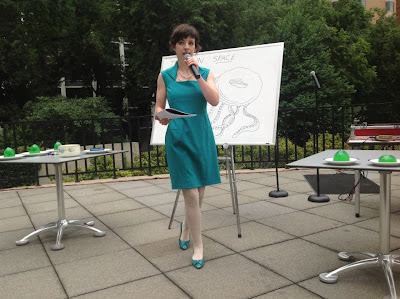 Brain Frame Lit is a new invention, arising from a unique obstruction. The MCA wanted me to organize something as part of Comic Day, but they wanted me to do it during the day, in an area full of windows. Brain Frame proper is at night, in the dark, and almost every performance utilizes digital or analog projection. Daylight would render such tools unusable.

So, I selected cartoonists with strong literary or narrative voices, and issued them the challenge of communicating their imagery through means other than projection. Everyone stepped up to the plate. I received the name Brain Frame Lit in an instant of clarity (it also looks like Brain Frame Lite, which is appropriate) and proceeded to make this stupid flier: 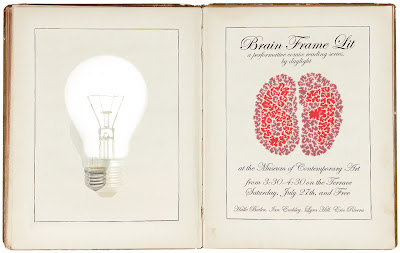 The performances were great. We decided to do it outside to maximize our new muse, the sun, and we maintained a full, attentive audience for the duration of the show. Halle Butler read a short story and had audience members follow along with an illustrated booklet. Eric Rivera distributed a package of drawings from Second Chances #1, and performed three vignettes from the story, in costume with a narrator. Ian Endsley ended the show with another incredible, disposable comic where each panel is drawn on the next page in a giant pad of paper. Ian rips off and casts away each page as he reads, demure, charismatic, affecting, through the comic. At the end everybody scrambles to grab the pages they'd like to take home. 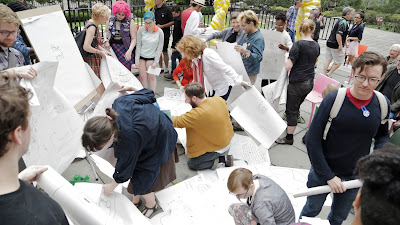 For my reading (a redressing of They Glistened) I created a bunch of jello diagrams of the liquid aliens who star in that story, the Squishsacks. I drew the Jellyship, their symbiotic, organic spaceship, on the whiteboard behind me. I smashed the Squishsacks in time with the narrative, and drew corresponding, shitty diagrams on the board behind me. I had no eraser, but erased with my hands, so by the end of the performance I had black-pigmented green jello all over. I slept an hour and a half on Thursday night, and three hours (in two segments) on Friday night, and this was Saturday, and that night I slept four hours before Sunday and the execution of Brain Frame 13. Everything went really well, and I've been exceedingly happy all week. 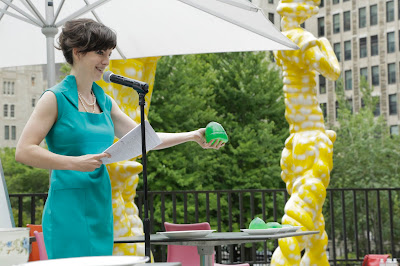 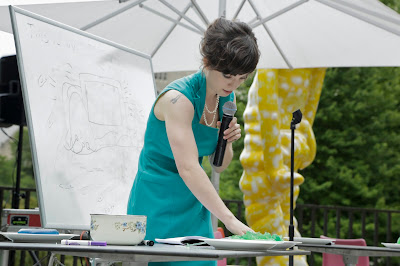