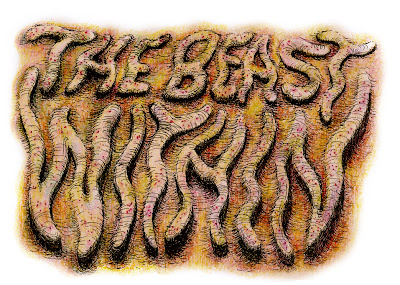 Has anyone noticed that I've been making a lot less of my own stuff recently? Is that true? Or am I just restless because I have so many ideas building up, in this short time of being busy with hired work? I can't tell, since I never feel like I'm doing enough; I am proud of my recent work for and with others. 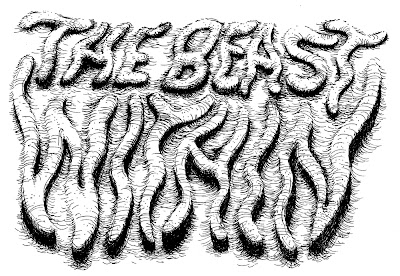 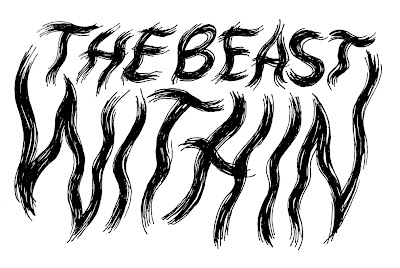 I can't believe I haven't mentioned the werewolf movie Ross and I have been shooting. It's called, obviously, The Beast Within, and it's a period piece in the medium of experimental-narrative, 16mm, low-budget filmmaking.

There are four characters: The Scientist/Werewolf (Ross), the Love Interest (Alison), the Priest (Matt), and the Evil Nun (Bethany). Ross wrote the script and we've planned it together - you could call me the assistant director, and the director of photography, if you want to get fancy (and we will, in the credits). I shot everything. We're almost done with production, and then the cross-dissolve transformation scenes will be optically printed, and the full moon above a loping silhouette, and a psychedelic horror trip with flashing colored lights and Ross, foaming on the floor.

I'd also like to draw your attention to Night Terror, the new solo act from Tyson Torstensen, who is in Magical Beautiful and Ga'an, and a very important person in my life. I drew these preliminary logos for Night Terror a few months ago - I plan on expanding and slick-ening them into a few new varietals - but for now I'm proud of this delicate and drippy thing. I've been drawing with Rapidographs on tracing paper a lot recently, I like it.

Tyson plays a lot of instruments, but in Night Terror it's all synths (and, you know, terror) and good for listening to with headphones or in loud stereo-equipped environments. Here are some demos:

Ben Russell and Ben Rivers are two contemporary experimental filmmakers whom I greatly admire. So when Ben, who is also a friend of mine (ha ha! which one?) asked me to draw titles for the trailer of his and Ben's new collaborative, feature length experimental film set in Scandanavia, with vikings and a commune and a burning house, I was honored and excited to help. Here are the titles, (although the ampersand was rejected) and here is the trailer:

Lest ye think no projects of mine own be in the works, know ye that House Fuck just got picked up to screen at the Milwaukee Underground Film Festival next weekend. If you're in Milwaukee on Saturday, May 5th, at 5pm, come to the Walker Arts Center and check it out.
Posted by Lyra at 08:00 1 comments 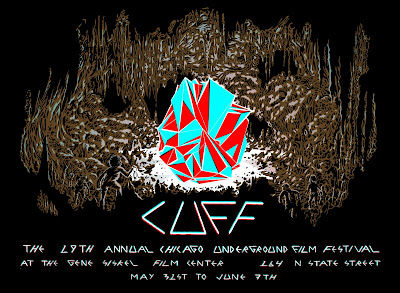 I was asked last fall to make the art for this year's Chicago Underground Film Festival. At the time, I was drawing Go Down, so anaglyphic crystals were really important to me. You could consider this mother-crystal to be the original psychedelic meteorite which yielded the chip the girl eats in Go Down. Or at least, that's how I think of it.

This design is already up on the CUFF Facebook page (like it!) and will be on the website soon. It will become a digitally printed poster, a postcard, a button, and a t-shirt, as well as a run of nice big screen prints.

CUFF is a fantastic festival and an important cultural institution. This year, there's a Kickstarter to help the festival make its budget. If you're interested in helping out, and you should be, do what this video says.

If you happen to be based in (or imminently visiting) the NYC area, and you're reading this sentence before Sunday, April 15th, you've been chosen to win a $500 gift certificate! Just kidding. But you are in luck: This weekend I'll be visiting New York to table at the Brooklyn Zine Fest. The fest is at Public Assembly, at 70 North 6th St in Williamsburg, and it runs Sunday only from 11am to 6pm. I'll be tabling with Lale Westvind, who will have plenty of copies of Chromazoid to sell. I'll be selling Dock Ellis, Compiled, and my last (!) copies of Are You Lonesome Tonight. In addition, I'll have Motion Sickness posters, Brain Frame 5 posters, and two brand new screenprints, of Mr. Square at the Pit of Despair and this page from Go Down.

The Brooklyn Zine Fest has been posting interviews with every exhibitor. You can read my interview here. Please, if you're able, stop by this weekend to say hello!
Posted by Lyra at 13:15 1 comments