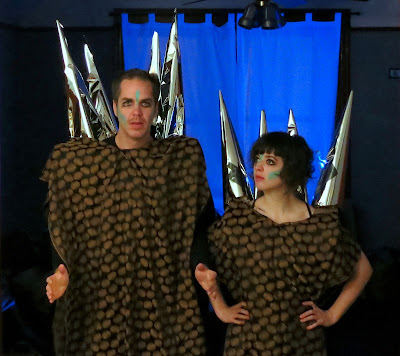 For Halloween this year, I turned Tyson and myself into "future shamans from the year 42069." It took me the three hours preceding the party we attended on Saturday night to build the costumes.


You might recognize the fabric as the final costumes from Untitled (Times For), the extreme in-camera film Ross and I made a year ago. The blue paint is also from that shoot. The spikes are made of mylar, left over from Brenna Murphy's show at CATE, duct taped around cardboard spikes sewn to cardboard bustiers. Here are two dynamic views of the construction: 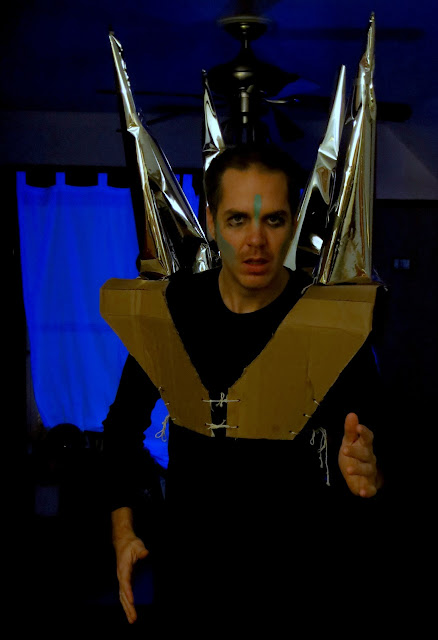 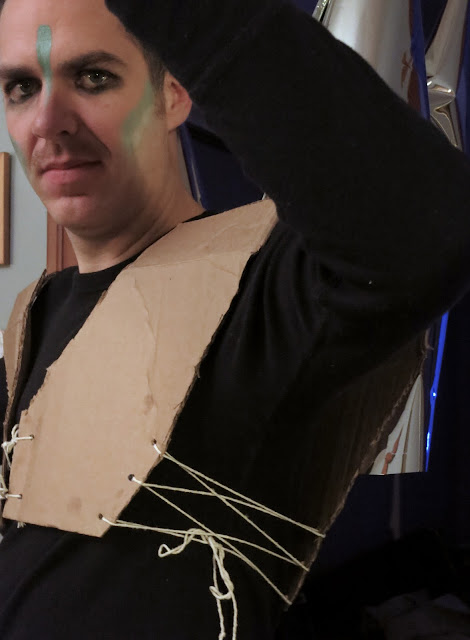 They were snug, comfortable, and fully adjustable. Always rely on the waist or torso, rather than the shoulders, for structural support. The energy spikes were too powerful to be worn between houses, so we had to carry them like giant mirrored claws in the dark Chicago streets at the witching hour. 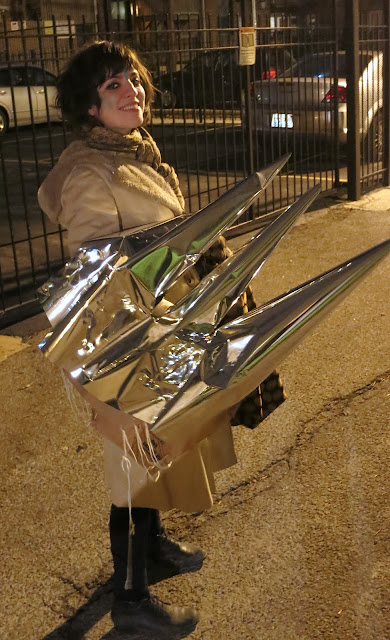 I made a costume out of cardboard on the day of Halloween last year, too. Then I went to three parties in a row, and by the end of the night, danced my outfit to pieces. I was a switchblade. This is the only photo of me that was taken. The handle of the knife reached my knees, and the blade was fully retractable. 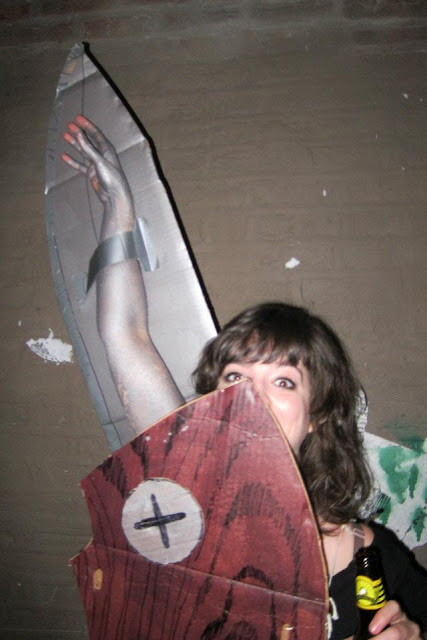